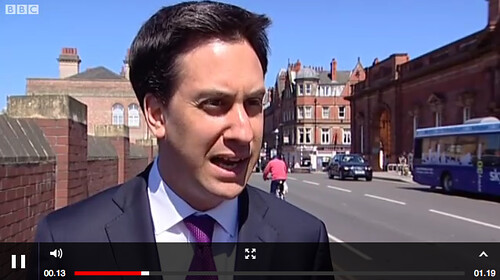 The world is a safer place as a result of the death of Osama Bin Laden, because he is no longer there to command or encourage terrorism. And my thoughts today are with the victims of 9/11, those terrible… attacks that took place… particularly the British victims. And I think for them nothing can take away from the pain of what happened, but justice has been done. Of course we should always remain vigilant though against the threat of terrorism.

How much of an achievement was it by the Americans?

Well, I admire the professionalism and skill of the American special forces and what they achieved, and justice has been done. And I think the world is now a safer place and we must always remember that 9/11 was an attack on people of all faiths and all nationalities. For them and their families nothing can ever change what happened, but justice has been done.

You just mentioned briefly about… do you think there will be any sort of backlash?

Well we should always remain vigilant against terrorism and we should be particularly vigilant in the days and week ahead. But I think today we must mark the fact that somebody who perpetrated one of the world’s greatest evils, one of the most appalling terrorist attacks we’ve seen, is no longer alive to continue those sort of attacks or encourage those who do them. And that means the world is a safer place.

There’s so much wrong with this video, the first being his voice and the second his face.

At least justice has been done.